“…and now, for something completely different”

“…and now, for something completely different”

Our next midterm meeting is scheduled to be held in Bordeaux during April 2020.

As is customary for any IGAL meeting many surprises await us, but the one which deserves a special note is Le Grand Hotel.

In addition to (or maybe because of) being decorated in the nostalgic French style it is a UNESCO World Heritage site. Its location in the city centre is directly opposite the Grand Theatre. The mirror effect is immediately evident between the two elegant structures.

The building was designed in 1779 by the noted architect Victor Louis. He was born in 1731 and died in 1800, both in Paris. His other most notable works were the Grand Théâtre de Bordeaux, the theatre of the Comédie-Française on the rue de Richelieu and the Théâtre National de la rue de la Loi ,the garden galleries of the Palais-Royal in Paris and the Château du Bouilh near Bordeaux.

Most of the epoch’s luminaries were attracted to the hotel as its reputation grew. In 1870, Victor Hugo made this statement from the neighbouring terrace of the Café de Bordeaux: “If we do not want any more wars in Europe, we must create Europe.” Very prophetic, indeed.

The last complete renovation was done in 2017 but there were others over the years.

Jacques Garcia was the principal renovation designer. He was born in 1947.  He attended a school of interior design and completed his education in the applied arts.

During his illustrious career he created the concepts for the interiors of the Tour Montparnasse in Paris and Le Méridien hotels to name a few. One interesting fact is that he is a collector of furniture and royal art objects which were scattered around during the  French Revolution.  He was  widely decorated in France for his contributions to both art and design.

In Le Grand Hotel in Bordeaux we are preceded by many years and persons of elegance. 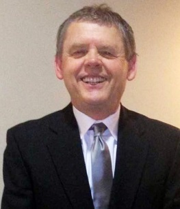