Cyprus and Russia have agreed to amend the Double Tax Treaty (“the Treaty”), following the request from Russia.

The Cypriot Ministry of Finance expressed its satisfaction for the conclusion of the negotiations on the Treaty, and that Cyprus managed to secure certain exemptions, detailed below.

A request was made from Russia in April 2020 for an increase of the withholding tax on income from dividends and interest to 15% (currently the Treaty provides for withholding tax of either 5% or 10% on dividends, and 0% on interest).

High level negotiations were held in Moscow in August 2020.

It was agreed that certain types of regulated entities would be exempt from the 15% withholding tax on dividends, such as pension funds, insurance companies, as well as listed entities with specific characteristics.

Moreover, interest payments from corporate bonds, government bonds and Eurobonds will be excluded from the 15% withholding tax.

In addition, the exemption from withholding tax on royalty payments will continue to apply.

Russia confirmed that similar provisions will apply to other countries with which it has concluded comparable treaties. Those will be effective on the same dates as Cyprus’s. This should place Cyprus on an even playing field compared with other countries. It will also ensure a fair approach for all affected jurisdictions.

It is expected that the revised Treaty will be signed during the autumn of 2020. It will  become effective on January 1, 2021. 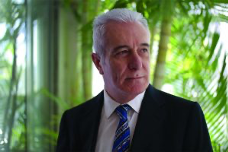