“…and now for something completely different…” – ISLAND STORIES 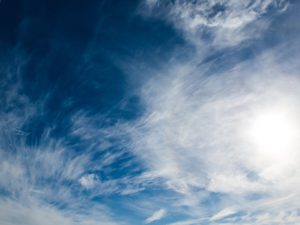 IT IS GOOD TO BE ALIVE

You will never guess what happened to me the other day. You may try but won’t get it.

So, I am walking down this road, windy and dusty, in the part of our Island which I have not visited many times. It is a gentle hill abutting the water. There is a beach down below. It is forlorn and deserted. Not a swimming kind of beach but beautiful. And not a soul around. Tall trees in the background, ferns to be more specific.

On that day, I was mesmerized with the vivid colors: light blue sky with a smattering of white clouds (looking like majestic swans on a lake) juxtaposed to mysterious, forceful dark blue of the Ocean. Alone, with my thoughts, I felt like a modern-day Robinson Crusoe. There was this primal power, fogged up, sweaty, capable of anything.

So, I am thinking: It’s good to be alive.

Nothing around me. One rinky-dink boat in the distance, far away. I am lost in my thoughts and overpowered by the beauty of Nature. I am high without having imbibed anything, I am high, I’ll just go ahead and say it, on Life itself. Funny, it took a sliver of sand, some rocks, good color mixes, a breeze and tall trees to reach that conclusion.

At that moment I looked up and in front of me, not far away at all, I see this whale. First, I see its back weaving in the water, I see the air coming up. The only thing missing was the tail slapping the water. That didn’t happen. If it had, it would have been too much, it would have spoiled the moment. It would have been common.

To my great surprise and wonderment, the creature didn’t swim away but made a wide circle and came back. This time a bit closer as if daring or taunting me. I stood and watched, surprised and excited. This time, would you believe it, I could see its head and part of its body. It appeared suspended in the air, painted in the sky, as if coming from the past and going into the future.

Again, I am thinking: It’s good to be alive.

It was over as quickly as it started. A lot of water was displaced, waves hit where I was standing and, after a while, the water surface was calm as if nothing happened.

Where had it gone? Why? Is that place far?

I walked up a bit to the path from which I had strayed and continued down the same old dusty road.