HOW A MAP BECAME AN ICON by Beat Haering (Switzerland) 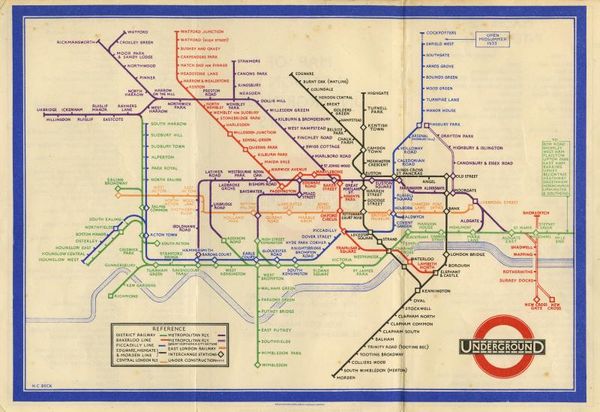 Graham Jones was an example of the English bourgeoisie, a survivor of the WW I, who with great reluctance left his country home to brave the bustling streets of London.

The thing he hated the most about London was the Underground.

His patience was constantly stretched by this ever-growing city. The directions, particularly in the Underground were notoriously incomprehensible and inadequate. He was always asking for directions and, always getting lost. Even in the jungles of Sumatra where Graham spent many years of his life, he managed to find his way around, but London !

However, on his last visit, something remarkable happened. When he finally reached his destination, a friendly Underground employee gave him an official map that showed all of London’s Underground lines.

Later that evening, he complained bitterly to his sister, whom he went to visit, but she was simply amused. She just grinned and said:  “Stay calm Graham, this happens to almost all “foreigners” coming from outside London…”

On the way back, Graham carefully studied the Underground map he received , but even when he tried hard, he still wasn’t able to “read” this map. Deep in thought, Graham was suddenly startled when a man approached him.  “Can I help you, Sir?” the polite young man asked, and only at this moment did Graham realise that it was the same Underground employee who had handed him the map in the first place.

This young man was Harry Beck, a technical draftsman in the Signal Engineer Department of the London Underground. Just before he left the office that day, Harry received bad news; he had been temporarily laid off. He did not necessarily want to engage with a complaining, grumpy customer  who made him responsible for the route map, about which he could do pretty much  nothing. He himself had always found it  incomprehensible and he did not know anyone who could cope with it.

When Harry arrived at home, he tried to suppress his problems and not to think about the Underground. Nevertheless, the conversation would not leave his mind.

Perhaps he could convince his manager to reconsider his redundancy if he made suggestions for improvements to the route network plan?

Emboldened with the idea, he took an exercise book with checkered sheets and began to draw his initial ideas on paper. A solution began to emerge in his head: how about moving to a schematic representation instead of the previous geographical representation? What, if it didn’t matter how the individual subway line actually runs but only the rough direction was indicated? What, if the distances between the stations did not matter, but only their sequence? He began to develop a schematic line network plan on which all railway lines were depicted in horizontal, vertical or 45-degree diagonal lines in different colors. All stations were marked at equal intervals, transfer stations were particularly highlighted.

The very next day, he presented his work to his manager at the Underground. “What’s that supposed to be?” his manager asked. “Have I asked you to spend your time on painting pictures or have we launched a competition for revolutionary representations!”

Beck was unsettled, after all, no one had commissioned him to revise the underground network plan. It had been his own initiative and he wondered if it had been such a good idea to act on his own. He showed his design to his colleagues, who unanimously supported him and together they succeeded in convincing their manager. However, it was not until January 1933 that Beck’s new route network plan was distributed on a trial basis in an edition of 700,000 copies.

The success was immediate and overwhelming and due to its simplicity, this approach was soon adopted by subways of other major cities around the world, e.g., in Berlin, Paris and Tokyo.

Harry Beck died in 1974. Unfortunately, he did not witness that in 2006 his track representation was voted into the British top 10 design icons of the 20th century.

Harry has shown that complicated things can be presented in a simple and understandable way. Since then, millions of people have followed his plan and reached their destinations safely.

Bringing simplicity and transparency to a complex situation is also the goal of Carey. Our team is highly focused on continuously delivering tailor-made private and corporate structures so that each of our customers have a plan which they understand so to reach their destination.

And if you need a map for your estate or to protect your assets, we would be happy to assist you.

NOTE: This is an abridged version of the original. The original can be found on the Carey website. ARTICLES – Carey Zurich 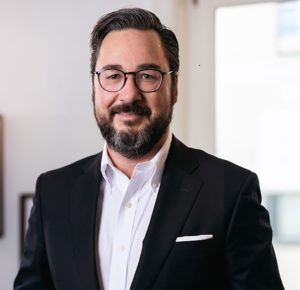